Serra, the heart of Serra Calderona

Serra is located in the very heart of the Calderona mountain range, commonly known as ‘Serra Calderona’. This mountain rage is a continuation towards the sea of the Iberian system and it marks the division between the basins of the rivers Palancia and Túria. Serra Calderona is a unique space of great ecological and landscape value. Its peculiarities make of it one of the most valuable spaces of the Western Mediterranean.

The water of the sea bathes the roots of the mountains of Serra Calderona. The breeze from the Mediterranean Sea runs through its valleys and oxygenates Serra. But the sea is not only present in the air: on a clear day, from the peaks of Rebalsadors (802 metres), L’Oronet (742 metres), L’Alt del Pi (786 metres) or La Gorrisa (586 metres), one can see the entire coastline of the Valencian Community, from Benicàssim to the cape of Sant Antoni.

The typical climate of this land is Mediterranean, with soft changes in temperature and irregular rains. There are a lot natural springs around Serra’s mountains and it is the perfect setting for outdoor activities such as hiking, Nordic walking or cycling.

Serra Calderona was listed as a natural park on the 15th of January 2002. The park has an extension of 18,019 hectares. The Calderona mountain range has a north-west/south-east orientation and is located between the provinces of València and Castelló. Almost a third part of the Natural Park belongs to the town of Serra, which represents more than a 90 % of its municipal area. The rest of the park is divided among other 13 municipalities. 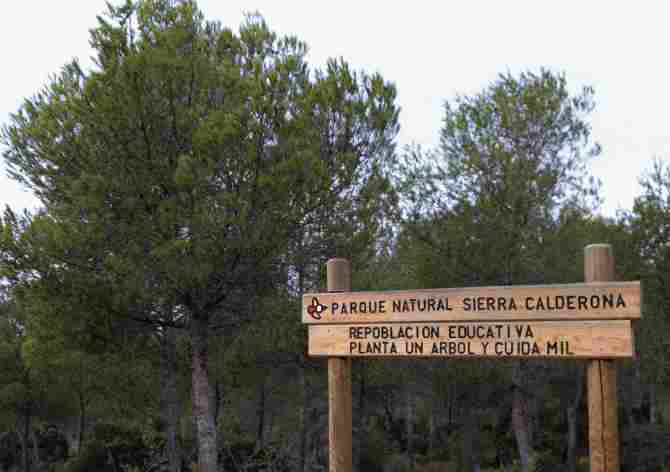 Its geological diversity of rocks and soils, the abundance of faults and other tectonic structures, and the great number of gullies, peaks and valleys compose a surprising landscape, full of contrasts. Serra Calderona is a great place to learn about geology: its main outcrop is of Triassic strata, although there is a great variety of rocks of different tones and compositions. The mining and work of the sandstone was very important until mid-20th century.

There is also a great vegetal diversity, typical Mediterranean, which varies depending on the type of soil. Flora, as everything in these mountains, has been influenced by human activity over the last centuries. The tree species are dominated by the Aleppo pine, which is winning over other native species such as the cork oak. Concerning bushes, we can find mastic, strawberry trees, kermes oaks, junipers, myrtle, and the margalló or European fan palm, the only palm species native to the Iberian Peninsula, among others. The heart of this palm was traditionally used to make brooms, among other usages. There are also more than 175 species of plants and medicinal herbs, from rosemary to chamomile, thyme, etc.

Fauna is also very diverse. There are more than 140 species of birds, including the ones that stay here during winter or for breeding. Among them, Bonelli’s eagle stands out. This bird of prey is quite representative of the Mediterranean mountains. It is a highly endangered species. Regarding terrestrial fauna, the badger and the genet stand out. There are also plenty of foxes, squirrels and wild boars.

However, man-made activities have deeply affected these mountains. Men have worked in them, lived in them, and owned them. Proof of it are the uncountable agricultural terraces that shape these mountains. Nowadays, many of these crops have been abandoned, along with many traditional trades, such as that of aiguaders (water traders), picapedrers (quarry workers), workers of the esparto grass or loggers.

The old trade of picapedrer (quarry worker) actually launched an economic activity of great importance. Without any tools other than the pickaxe, the hammer, the wedge and the lever, the pedrapiquer or picapredrer chipped pavers out of great stone blocks. This went on until the thirties of the last century. From dawn until dusk, the eco of the constant chime of pickaxes and bushhammers were heard in the distance, as well as the swaying of the carts that carried the load down the mountain.

This trade had such an impact on the area that there is a monument to the memory of quarry workers in Serra. It is in El Doraor Street and is a work of Carmelo Vicent Soler (aka ‘Fausto’).

The trade of the carboners (charcoal burners) was also important due to the forestry wealth of Serra Calderona. Carboners would prepare carboneres (charcoal piles) with wood logs from pine, holly and kermes oaks, junipers, heathers, carob trees and buckthorns. The combustion of the pile lasted for days: then they would leave it to rest, to later extract the coal.

But even older than the carboners trade was that of the snow trade, since in those days snow was much more common around here than it is today. This work consisted in gathering the snow to fill up ice houses and snow wells, where the ice would be preserved until the summer. The Calderona snow business started thanks to the monks of the Carthusian monastery of Porta Coeli.

Download the brochure of good environmental practices of the Sierra Calderona Natural Park. 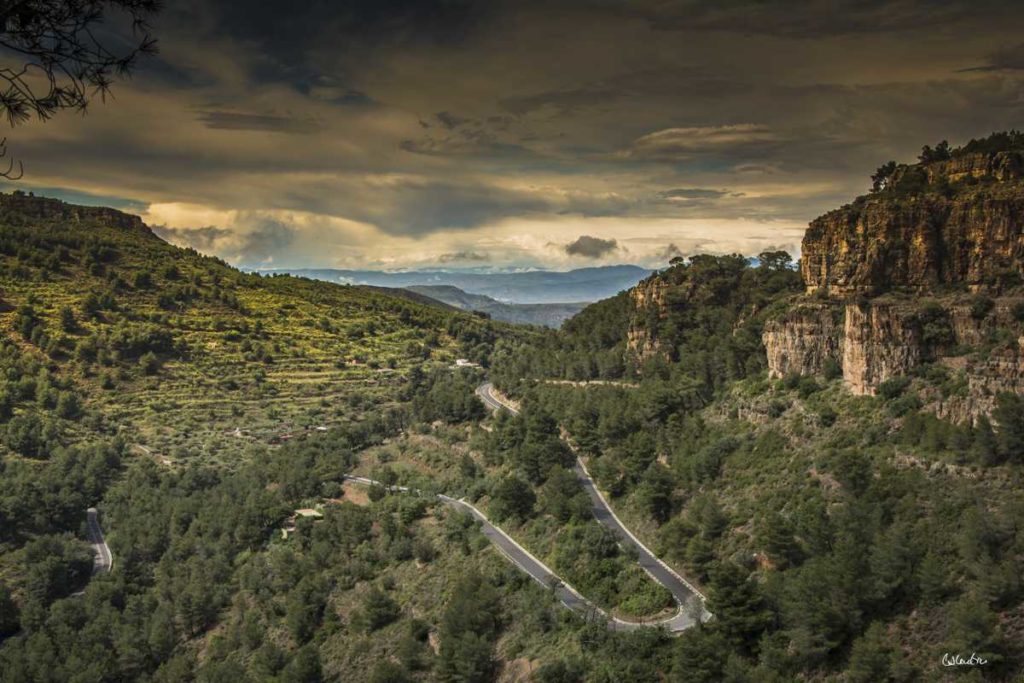 El Pi de la Bassa (literally, ‘the pine of the pond’) was a unique and monumental tree in Serra. From the species Pinus halepensis, it was well almost 300 years old, 18 metres tall and 5 metres in diameter. It was located on the CV-331 road, at the gates of the Porta Coeli charterhouse. It was name after an old pond that used to be nearby it.

Loved by all, it was a symbol of Serra Calderona and the town of Serra. Valencian historian and monk Francesc Tarín i Juaneda already spoke about it in his notes. He described as “a centenarian tree that was proof of the pine groves that used to be around Porta Coeli”.

The pine suffered the plague of the beetle Tomicus, and then the grave drought in 2016 sentenced it to death. In October of that same year, all hope was lost, despite some attempts to heal it by means of different treatments. The rough weather which brought rains and snow early in 2017 caused that the tree, already lifeless, fell down on the 22nd of January.

In tribute to El Pi de la Bassa, the Natural Park authorities have marked the spot where the pine used to be, building a monument that symbolizes this giant tree that for a long time was so representative of this place. 55 long sticks have been placed around its stump in order to mark the shade that used to provide, which gives us an idea of its size.

La Calderona, the actress who named the mountains

Serra Calderona has a woman’s name. It is based on a dark legend about a historical figure that was born in Madrid in the early 17th century. ‘La Calderona’ was the nickname of an actress of the Royal court in Madrid who became very popular during the reign of King Philip IV. La Calderona, a young woman of great beauty, had a good deal of lovers; among them, the Duke of Medina de las Torres. Her loveliness charmed King Philip himself, who fell madly in love with her. As a result of that relationship, la Calderona gave birth to a bastard son of King Philip, John Joseph of Austria. Her son was taken away from her and raised by theologians and humanists.

But everyone in 17th-century Madrid knew the actress and gossiped about her relationship with the King. La Calderona had a hectic social life and she attended all the shows that took place in Plaza Mayor (the main square of the city). King Philip IV ordered that a balcony should be built for her on that square, so she could watch every performance. That balcony was known as ‘the balcony of la Calderona’.

But not everything was a piece of cake. The passion aroused by la Calderona at court infuriated Queen Elisabeth of the House of Bourbon. Therefore, the actress was removed from court and sent to a nun convent in Guadalajara. There she became an abbess. Legend says that after some years secluded in the convent, la Calderona fled towards this mountain range near the Mediterranean Sea. Here she joined a group of bandits in order to survive. Her fame as bandit was so great that these mountains would eventually take her name.