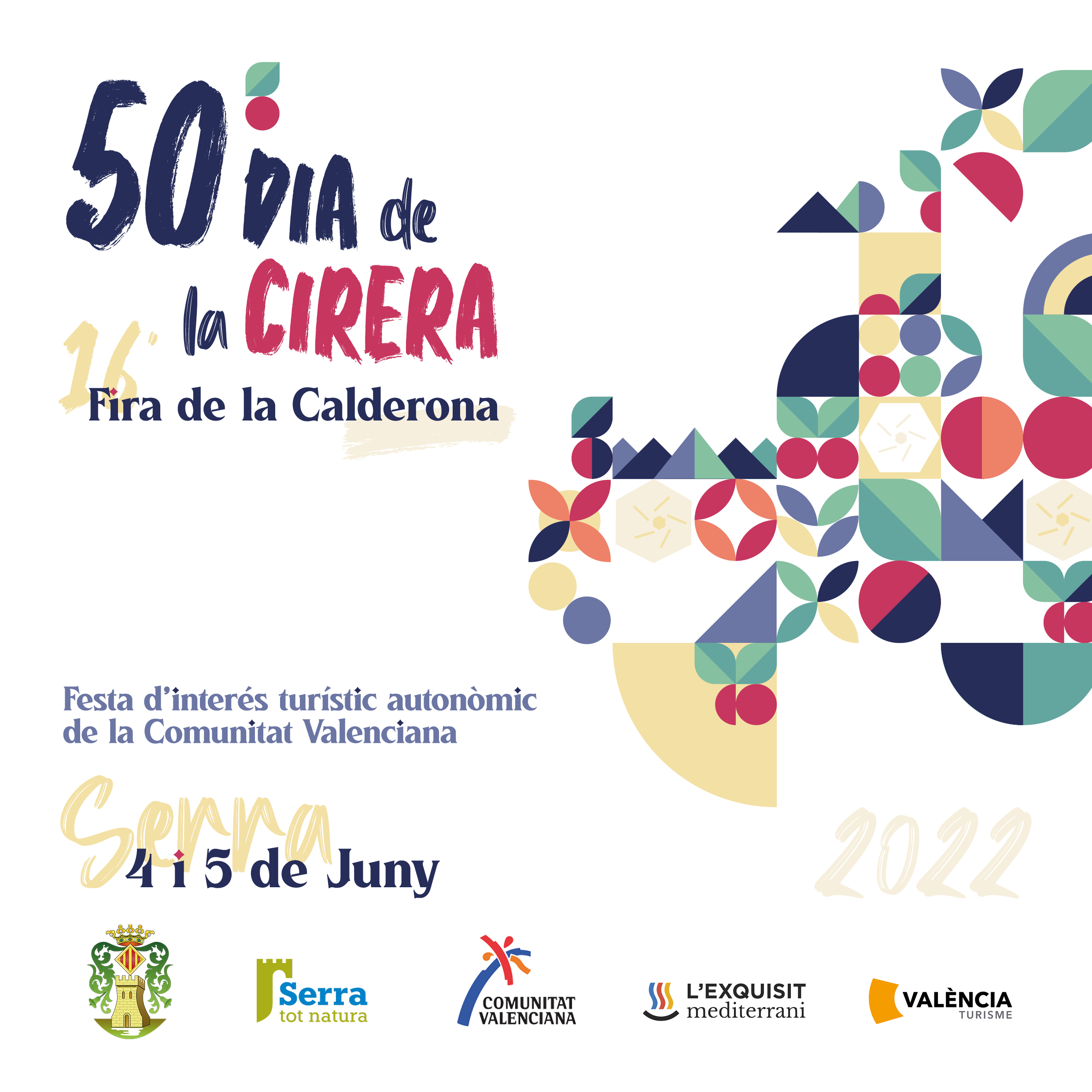 Serra is preparing to celebrate the 16th Fira de la Calderona in a very special year in which the Day of the Cirera celebrates its 50th edition and with the recognition of festival of regional interest of the Valencian Community. The most important tourist event of Serra returns on June 4 and 5 after two years without being held due to the pandemic, a festival that will expand its route.

The Fira de la Calderona will feature numerous activities designed for all audiences. Two intense days where crafts, the market of local products and other places, workshops of crafts such as clay or demonstration of esparto and forge, music or traditional games will fill the streets and squares of the town center. As a novelty, the Oli Museum will also open its doors at different times and there will be 8 theatrical performances to raise awareness of the figure of the Calderona, the actress and lover of Philip IV who gave her name to the mountain. It is also scheduled a photo exhibition on the 50 years of the day of the cherry in the square S.M. La Primitiva and another on the feast of Sant Roc, also declared a festival of provincial tourist interest, in the square Sant Isidre.

In addition, the festival wants to publicize the hospitality, commercial, gastronomic, craft of the municipality and all its tourist attractions. The Fira de la Calderona also wants to be a reference of the geographical and territorial space of the Sierra Calderona. That is why different municipalities of the natural park will come to promote their tourist offer. Towns such as Altura, Gátova, Olocau, Marines and Nàquera will be present in addition to the natural park office and the Tourist Info of the region of Camp de Túria.

Traditional music will also be present throughout Saturday with different parades by the Group of Tabal and Dulzaina de Serra to celebrate its traditional meeting with other groups from different localities. On Saturday will also perform the group Carraixet and batukada of the local group Baketa Batuca.

The central moment of the day of the cherry will be held Sunday at 12.00 pm. After the institutional act, the queen of the festival, Marta Perez, and court of honor will present visitors with a basket of cherries, typical fruit of Serra that although it has already become a very small crop continues to pay tribute. 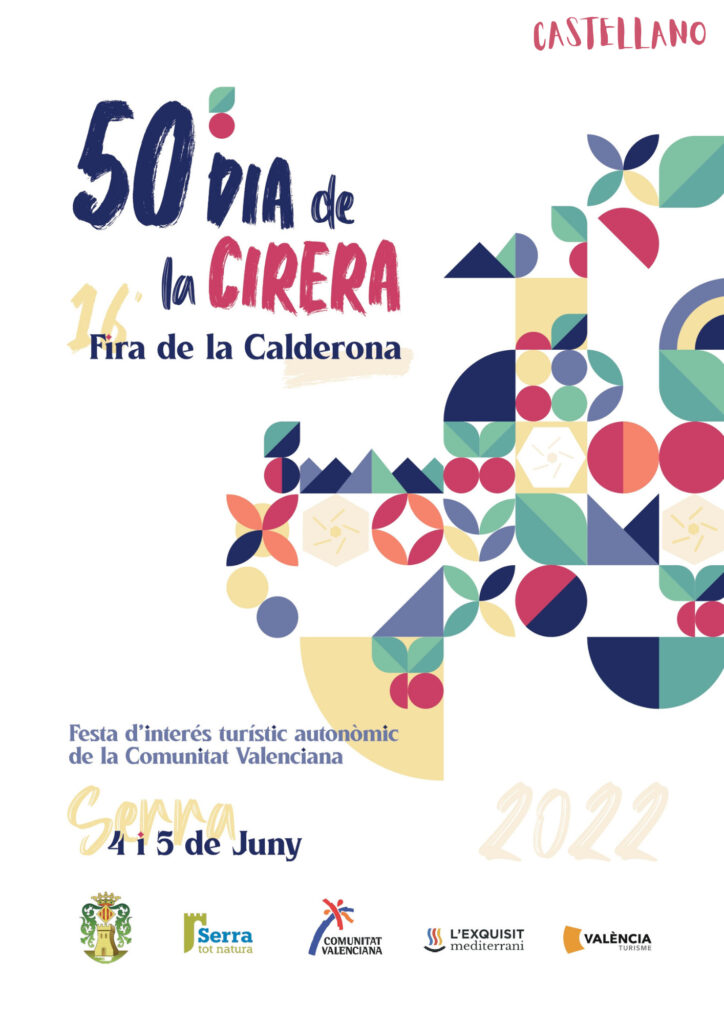 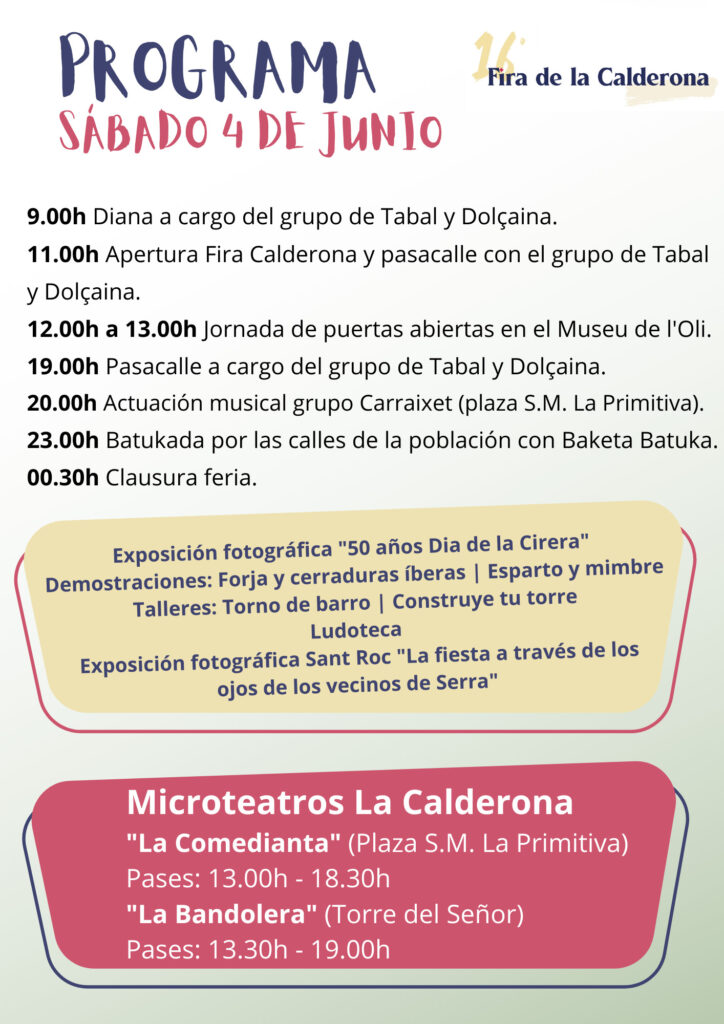 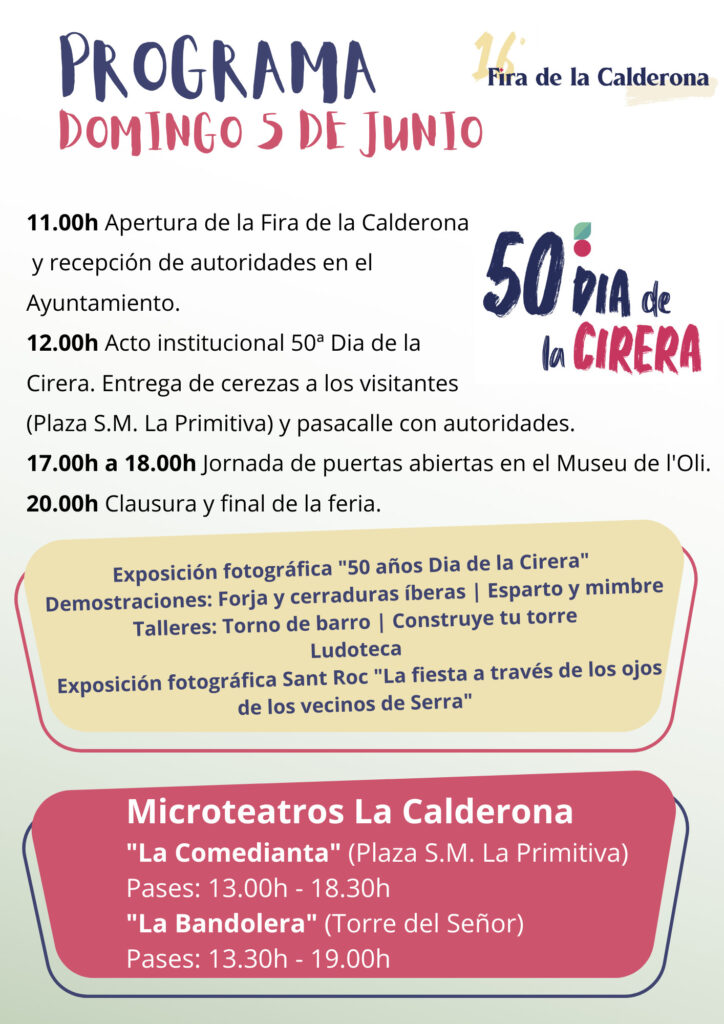 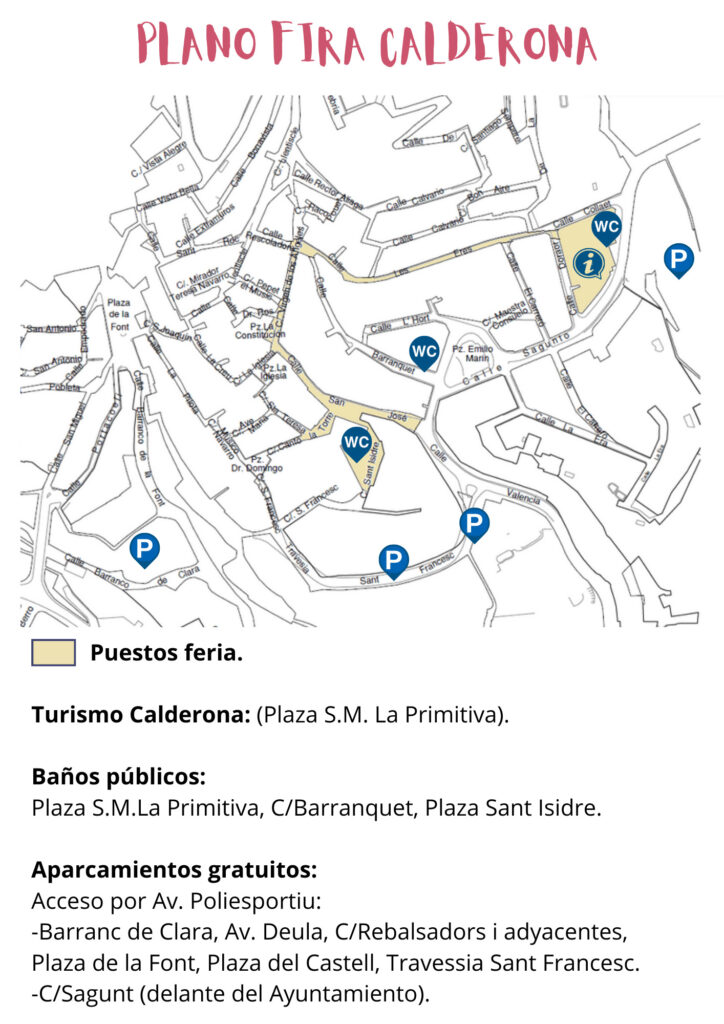