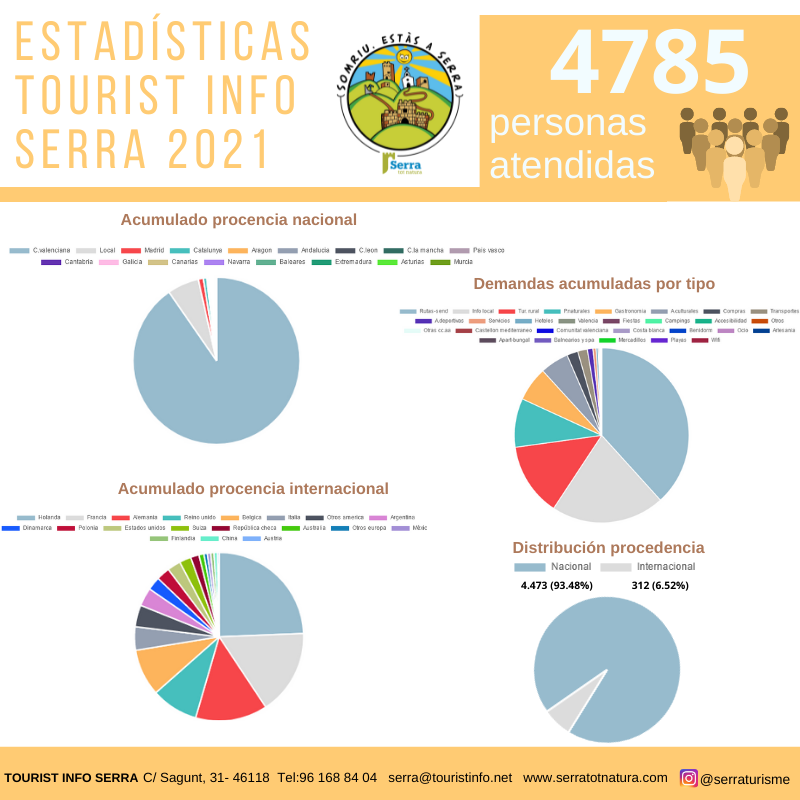 The Serra Tourist Office has attended to 4,785 people in person during the past year 2021. A number of services to which must be added more than 400 that were carried out during the three days that lasted the Feria de las Comarcas in the square of the City council of Valencia.

The number of people who have visited the Tourist Info has continued to grow, so during the first 5 months of the year we already exceeded the visits we had during 2019, 2,970 people passed until May 30 compared to 2,724 throughout 2019 .

A trend that relaxed in summer and autumn and that has given a total result of 4785 people during 2021. A considerable number of visitors which represents an increase of more than 2,000 people compared to 2019.

Of the 4,785 services provided in the office, 93 percent correspond to tourism of national origin, of which more than four thousand are from the Valencian Community. The remaining 7 percent of caregivers were from other countries. The Netherlands has been the most visited country, followed by France, Germany and the United Kingdom.

From the area of Tourism, family tourism is also being promoted with numerous theatrical routes, activities in conjunction with the staff of the Sierra Calderona Natural Park and visits to the Museu de l’Oli which have involved more than six hundred people.

On the other hand, the tourism website www.serratotnatura.com has received more than 18,000 users in 2021 in 23,000 sessions. Of which 67% have accessed from mobile devices looking for information on nature tourism, heritage and gastronomy. 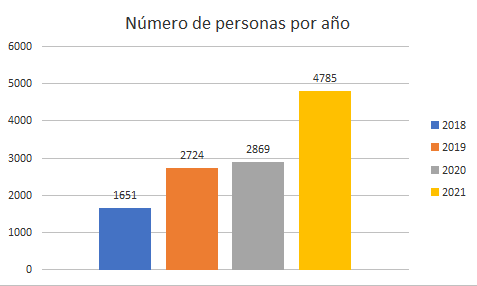