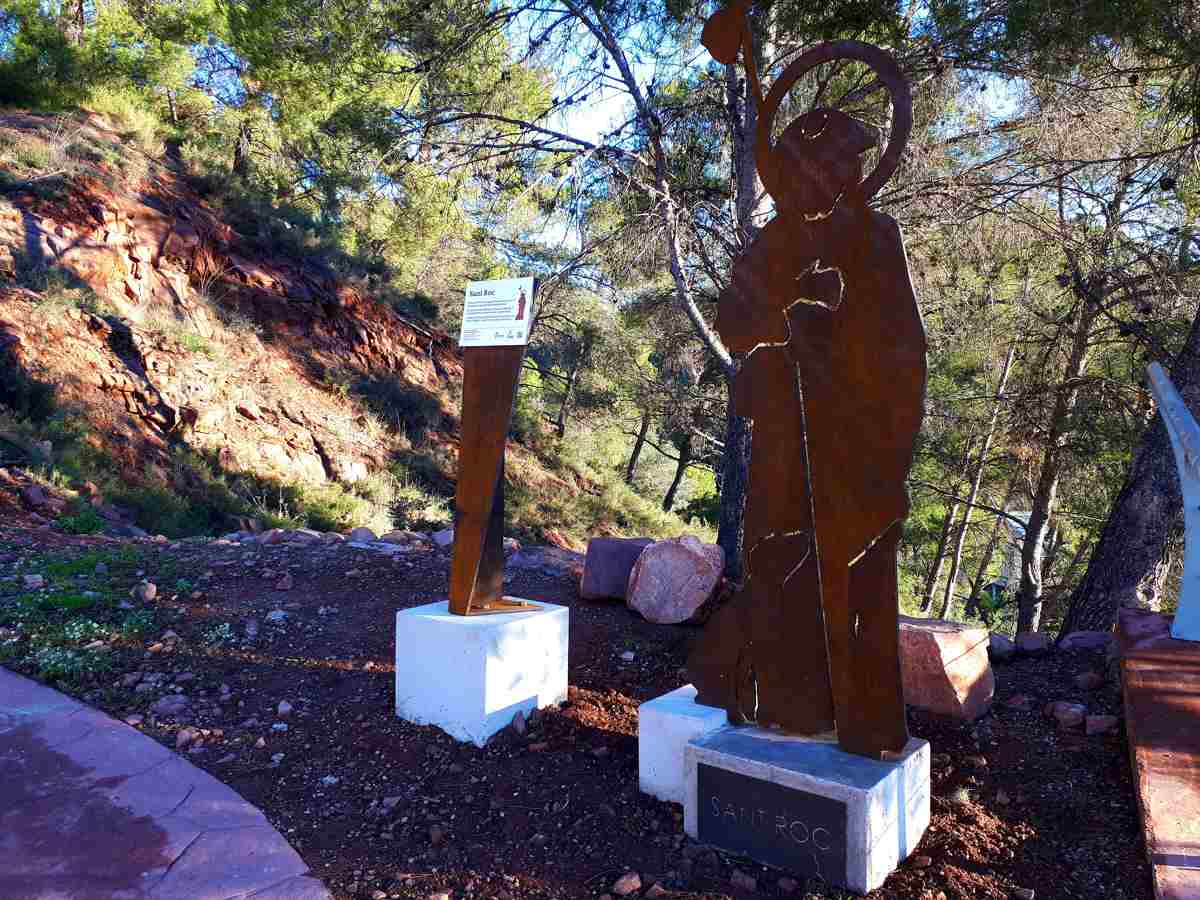 Next Saturday 30 March at 11:00 hours from Tourist Info Serra, will take place the free guided tour of the route of the sculptures.

The route of the sculptures is an urban itinerary for the historical, cultural and ethnological heritage of the municipality through seven characters. The seven characters are the guiding thread to explain the patrimony of the locality located in the heart of the Sierra Calderona.

It is necessary to register. Registrations will be made in the following mail touristinfo_serra@gva.es or by calling 96 168 84 04, until March 27th. The places are limited.

The route begins at the Tourist Info, where is the first sculpture, “La Calderona”, the actress of the Madrid of Austria that gave name to the Sierra Calderona. It passes through the source of La Salut, where we find “L’Aiguadera” that explains the importance of water and the traditional craft linked to it. The route continues until reaching the Calvary and the Hermitage, where “Sant Roc” is located, which represents the most popular festival of the municipality. From the hermitage there are beautiful views of the town and the Sierra Calderona. There is also the Tower of the Hermitage (S. IX), one of the towers that formed part of the defensive system of the Serra Castle. We will make our way back to the carrer de les Eres and Verge dels Àngels, where we find “L’Espartera”, another of the traditional trades linked to the Sierra Calderona. Passing through the church, the route takes us to the Plaza de la Font, where we find the sculpture of “El Cartoixà”, in Calle Portaceli, where the traditional road that arrived at La Cartuja, an important religious and political center that dates from the 13th century. By the street of la Pilota we arrived at the tower of the Senyor of the Vila, where the figure of the “Senyor de la Vila” will explain to us the feudal past of the locality. The “Rei Yahia”, in the Plaza del Castell, refers us to the Arabic past of the municipality.

The duration of the visit is approximately two hours.